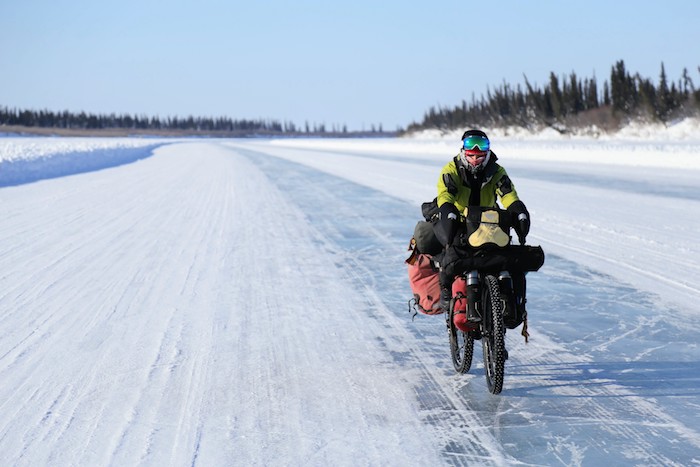 December 2016. 30,000 km, 2 years on the road, 23 countries across 3 continents, endless uphill, downhill, faces, hugs and experiences. These numbers have been accumulated on our Hobo, faithful and inseparable travel mate. Yet we have decided to change it, albeit with reluctance. The reason? We have moved to Canada, 3 different planes took us from Australia to the far north of the Arctic Circle for riding the frozen ocean and the MacKenzie River delta. Our old thin tires were replaced by studded fat tires, and the lightweight and fast HoBootleg frame does not have enough room for that.

March 2017. We landed in Inuvik, 69 degrees North latitude and -30 Celsius degrees. Right after lefting the airport we suddenly started struggling to breathe, the air freezed our nostrils, lungs and muscles. We started pedaling south from a small village of 300 people called Tuktoyaktuk. The people who lives there are Inuit, the natives of the place. To our eyes it seems incredible, but they live serenely at those extreme temperatures, flying aboard their snowmobiles and go hunting for reindeer and polar bears.

The first 200 km on the ice were very difficult for us, we are from Rome, where it rarely snows and temperatures drop below zero. On the first night at campsite we face -36 degrees, we slept in the sleeping bag, but the routine in such extreme conditions did not work. 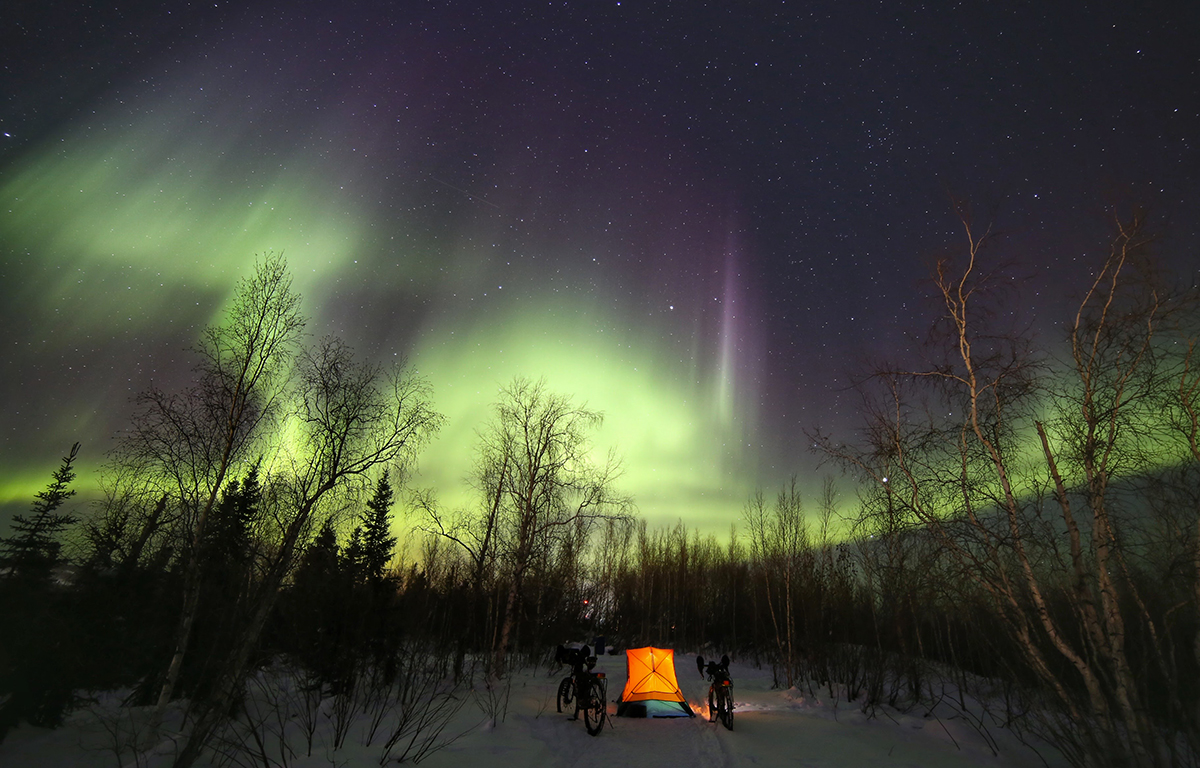 Even cooking seemed an insurmountable deal. Remaining for more than a few minutes without gloves can have negative consequences and everything has to be studied in detail. However thinking of pedaling and camping on the ice of the Arctic Ocean is something incredible.

The night as we tried to sleep, we heard the ice creaking under us, and during the day we had to try to riding avoid cracks. The nailed wheels helped us to forget that we were pedaling on the ice, at least until we put foot on the ground.